Ilya Sherbovich to RBC: We like assets with some embeddied imperfections that can be fixed 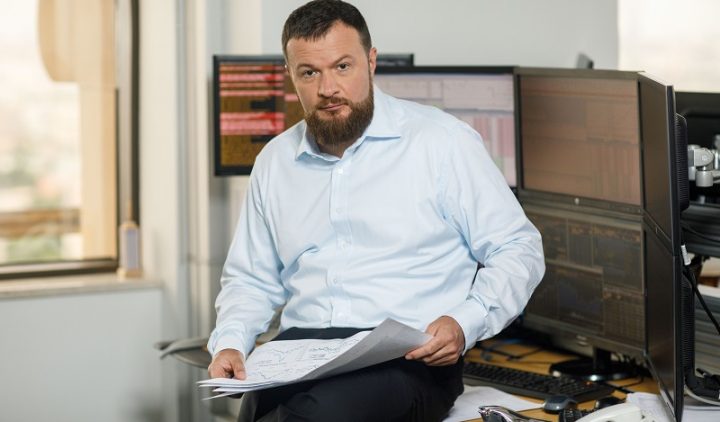 UCP President and Managing partner Ilya Sherbovich explained RBC his rationale for the decision to start litigation with Transneft.

Having filed several claims against management of Transneft, UCP continued accumulating its shares. According to company’s disclosure, the stake belonging to UCP exceeds 1 million shares, or 2/3 of all issued preferred shares of the pipeline monopoly.

In an interview to RBC, UCP President and Managing partner Ilya Sherbovich told RBC about his plans to win a claim of up to 100 million rubles from the company in the court and about other intentions.

Why did you decide to contest the amendments to the Transneft charter just now?

We are not yet going to contest the charter amendments. This is because the underlying rights of shares are not defined by the charter, they are stipulated by the share issue documentation. We argue that given that the state owns more than 75% of the ordinary shares, Transneft is still subject to the law on privatization. Privatization law assumes that the right to increase dividends for preferred shares (if dividends for preferred shares appear lower than the dividends for ordinary shares) is an integral part of rights of shareholders of all companies privatised with the use of the type A preferred shares. Apart from Transneft, the same type of privatisation was used for Surgutneftegaz, Tatneft, Bashneft, Rostelecom and other companies. All of them are compliant to this regulation.

The idea of preferred shares is explained by their name. Shareholders waive their right to vote in exchange for the privilege of getting dividends. The practice of holders of ordinary shares using their votes to minimise profits and to redistribute dividends to their benefit, obviously, represents a serious legal issue.

What are your claims against Transneft?

We believe that Transneft understates profits at the level of parent company and leaves sometimes up to 90% of all the profits at the level of its subsidiaries. The state and other shareholders have consistently suffered from this practice because lower profit resulted in lower dividend payout. Though formally the company had always been compliant with the required proportions for dividend payout. They were either equal, or the amount was calculated in favor of preferred shares. Upon the results of the 2013 financial year, a strange thing happened when everything was done the other way round: the dividend per one ordinary share exceeded the dividend per one preferred share with the same par value.

Then all the shareholders of Transneft (including us) became upset about this situation and even sent a letter addressed to [the Prime Minister Dmitry] Medvedev. As a result of government reaction, the correct proportion between preferred and ordinary dividends for 2014 financial year was applied and, thus, the justice has been restored. Now, in the wake of discussions on dividends for 2015, we suddenly hear that Transneft plans to repeat the “practice of 2013”. And that was the moment when we decided to go to court. We believe that it would be justified if the legitimacy of dividends distribution for 2013 would be considered by the court.

By the way, this provision [that dividends for preferred shares should be no less than dividends for ordinary shares] originally was in the charter of Transneft. It was illegitimately removed from the charter (without the necessary 2/3 votes of holders of preferred shares at that moment) at the general shareholders meeting back in 1999. And we have an impression that the former management of Transneft attempted to hide this action. Please note that all public companies publish their original charter and all subsequent charter amendments on their websites. If you attempt to find such information on Transneft website, you find nothing of the kind.

Do you have an impression that payments for preferred shares for 2015 financial year will be less than those for the ordinary shares?

According to public sources, the decision has not been made yet. However, several days ago, Vedomosti published an article citing unnamed sources referring to a plan for dividend payout of 100% of net profit under the Russian Accounting Standards, with only 10% to be paid to the holders of preferred shares. This means that preferred shares might be paid less than the ordinary. This calculation is a wrong, in our view.

Haven’t you filed a lawsuit back in March?

Yes. Exactly at that point of time the discussions were held at various conferences, and former employees of the Federal Property Management Agency also publicly declared that the “precedent of 2013” will be replicated with regards to the financial year 2015”.

Did you discuss this issue with the management of Transneft?

We are in an ad-hoc contact with the management. Honestly, there is an impression that they are not prepared for a serious dialogue on this issue. Their position is that all the decisions are made by the government as the main shareholder. But we do not quite agree with this. In particular, the decision on accumulating profit at the level of parent company, in our view, falls within the scope of management competence. The way how profit is redistributed from the parent company to its subsidiaries is entirely within the authority of the company’s CEO.

I can’t avoid mentioning surprising statements made by official Transneft representatives. For example, they denied the fact that Transneft is a public company, and that owners of preferred shares are true shareholders; or they also claimed that shares acquired through the stock exchange have different underlying rights than shares obtained as a result of a contribution to the charter capital – all of this sounds unintentionally humorous.  It reminds me of the phenomenon of Lykovs hermit family found in the Siberian taiga in the 1970s. We are in 2016, the stock market has long been existing in Russia, Transneft shares have over 20 years of exchange trading history, and hearing such statements is scary.

Did you discuss the situation with the government as the major shareholder of Transneft?

We sent letters to a number of government representatives substantiating our position, describing legal and economic aspects, with a detailed presentation. The decision on dividends is usually made at the very last moment based on the directives signed by the relevant Deputy Prime Minister. Usually the directive is a product of a compromise between the budget needs and the company’s investment program. With Transneft we are mainly concerned that for many years already both the government and investors do not receive fair dividend payments.

And is there any response from the government?

Not yet. Apparently, the issue is not straightforward and requires analysis.

You are challening the distribution of dividends for 2013; what about the limitation period expiry?

The limitation period for such issues is three years; the decision was made in 2014. So we still have some time.

Why didn’t you contest the amount of the distributable profit despite the fact that you claim that it is understated?

I hope that this issue will be uniformly resolved for all companies controlled by the government. If practice of profits redistribution to subsidiaries skips somehow government attention, then all state-owned companies will follow the example.

Recently, a statement attributed to the representative of the Ministry of Economic Development was quoted by the media, alleging that it is possible for Transneft “to avoid paying large dividends to the state and other shareholders for 2015” thanks to the provision of the Federal Law on Joint Stock Companies. This provision stipulates that dividends should not exceed 100% of the profit under the Russian Accounting Standards. Can you imagine, he uses the word “helps”! He sent an excellent message to all state-controlled companies: let’s retain all profits at subsidiaries, and you don’t have to pay dividends at all. This is an absurd. This problem has been known for a long time and can be easily resolved: both the management and the board of directors should start working for the benefit of their company and their shareholders. This means maximise, and not minimise profits of the companies entrusted to them. In this case the government, being the main shareholder, would get a space for maneuver in making decisions on dividends.

You said that in 2013 the share of UCP in Transneft was less than the current. How many shares did you acquire in addition to your stake and why did you do so given that you have so many claims to the company?

We are investors, we like assets in which there are elements of undervaluation, some imperfections that can be fixed or changed. We really like Transneft very much; we think that this is a great company, a great business. We support the efforts of the President and the government to improve the country’s investment climate and increase efficiency of corporate sector. Being the major shareholder we analyse company’s operations, search for areas for potential improvements. In other words, we are trying to realise maximum valuation potential of Transneft.

Can you disclose your stake?

This is against our practice. We will abstain for now.

At the start of this year it was reported that Transneft could be included into the list of companies to be privatised. If its shares are put up for sale, would you participate?

The question is how it will be privatised. As far as I understand, this is not a matter of this year, it is more likely in 2017. Those plans for the additional issue of preferred shares announced by [at that time by the head of the Federal Property Management Agency] Olga Dergunova, generally require a consent of 75% of preferred shareholders. This idea has little to do with privatization aimed at generating revenues for the budget. The state owns only ordinary shares in Transneft. If ordinary shares are put up for sale, then we will seriously consider this opportunity. Transneft shares still have a significant growth potential. Globally, companies in this sector pay their shareholders annual dividends from 50 to 100% of the consolidated profit. I am convinced that sooner or later a reasonable approach will win and Transneft will do the same for the benefit of the government and other shareholders.